There are few things more gratifying than remodeling an 80’s bathroom.

After all, as designers, we are  in the business of transformation.   Bathrooms of the 80’s and 90’s are particularly memorable not only because of the large soaking tubs with extensive decking, grid style tile, and plenty of shiny brass  but also because we are still living with  them today. Follow along to see my design transformation of a bathroom that was built in 1984 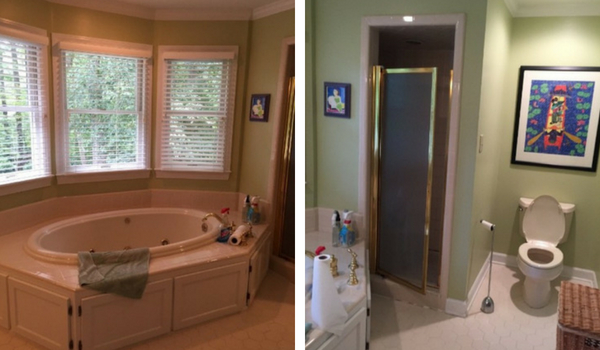 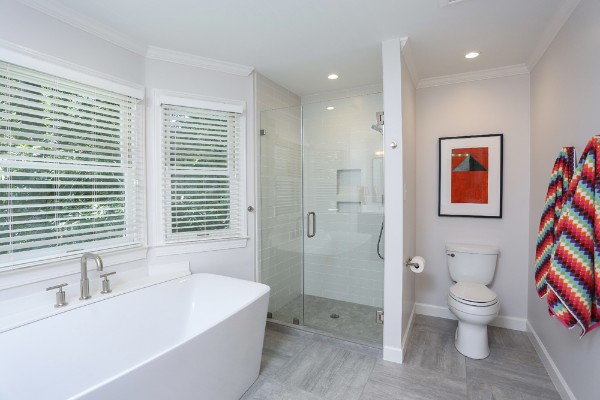 In this bathroom we removed the wall above the shower and expanded the door area to include more glass.  This open plan allows additional light to stream in and it visually enlarged the shower area, even though the size did not increase.

The footprint of the bathroom stayed the same as it made sense to keep all the plumbing fixtures where they were originally positioned.  Though soaking tubs still remain a requested feature of bathroom remodeling, there are options for much sleeker designs. The existing garden tub was replaced with a freestanding soaking tub by American Standard DXV. By making this substitution, we were able to gain additional space in front of both the tub and shower. 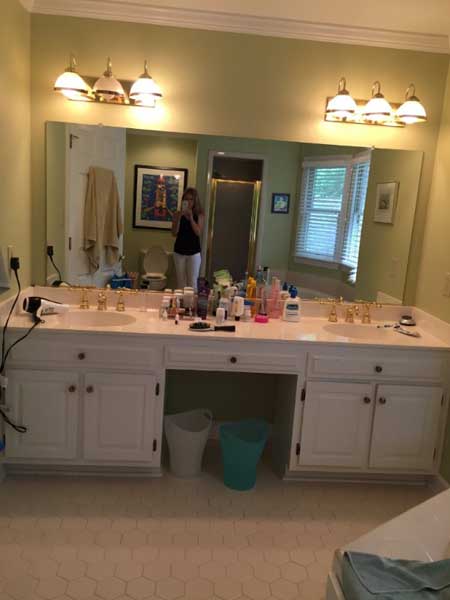 The height of the existing vanity was quite low at 30” high. We replaced it with a taller vanity and a white quartz counter, increasing the height to 36″.

All plumbing fixtures can be found in the  Kohler Purist Collection . 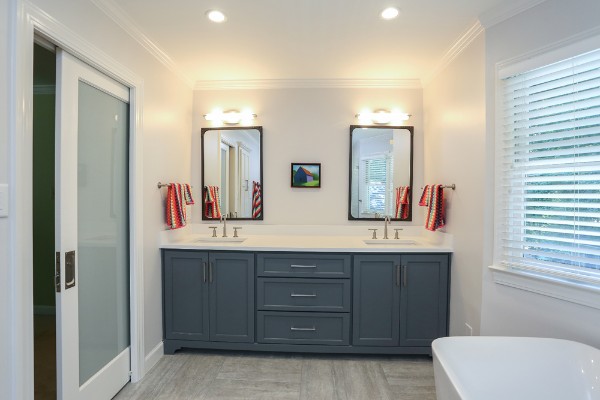 For general lighting LED can lights were installed for more focused lighting.  LED sconces  were added at the vanity. Both sources of light provide the bathroom with a nice white brightness. 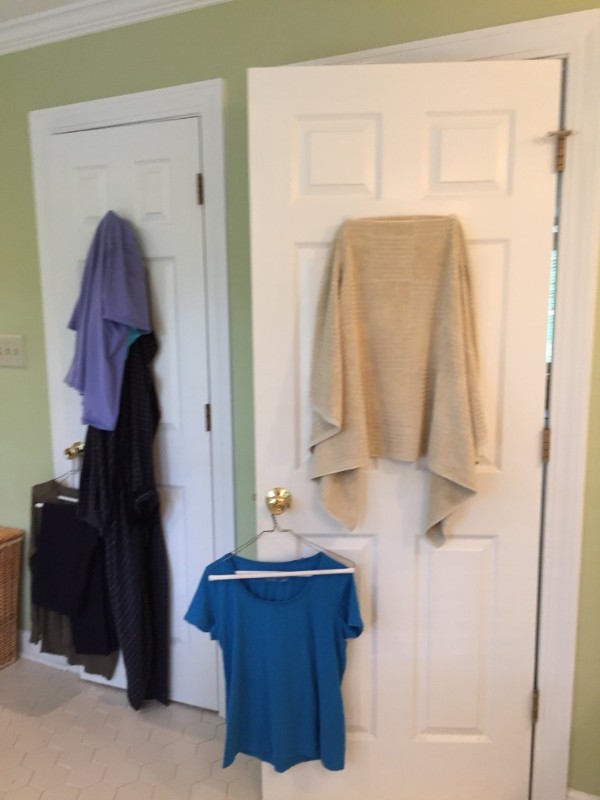 The existing  bathroom door was awkward as it had to be closed in order to access the left side of the vanity.  A full light frosted glass pocket door remedied this problem.  Frosted glass is another visual tool to make the bathroom surfaces reflective and lighter.

The existing  linen closet was  visually underwhelming  and under-performing.  This was replaced with a custom linen closet inserted into the existing closet space.   Changes to these areas dramatically enhanced the bathroom space to allow more light and  better storage. 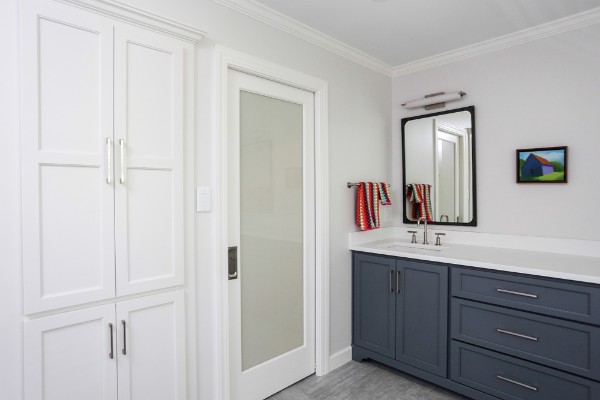 All these changes effectively enlarged the bathroom space and lightened the overall feel, allowing the aesthetics of the bathroom to work harmoniously with the  function of the bathroom. A win-win for everyone! 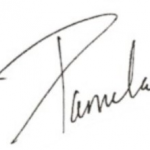 Sign up to receive interior design tips in your inbox.